Richard Welling: My Grandfather The Artist 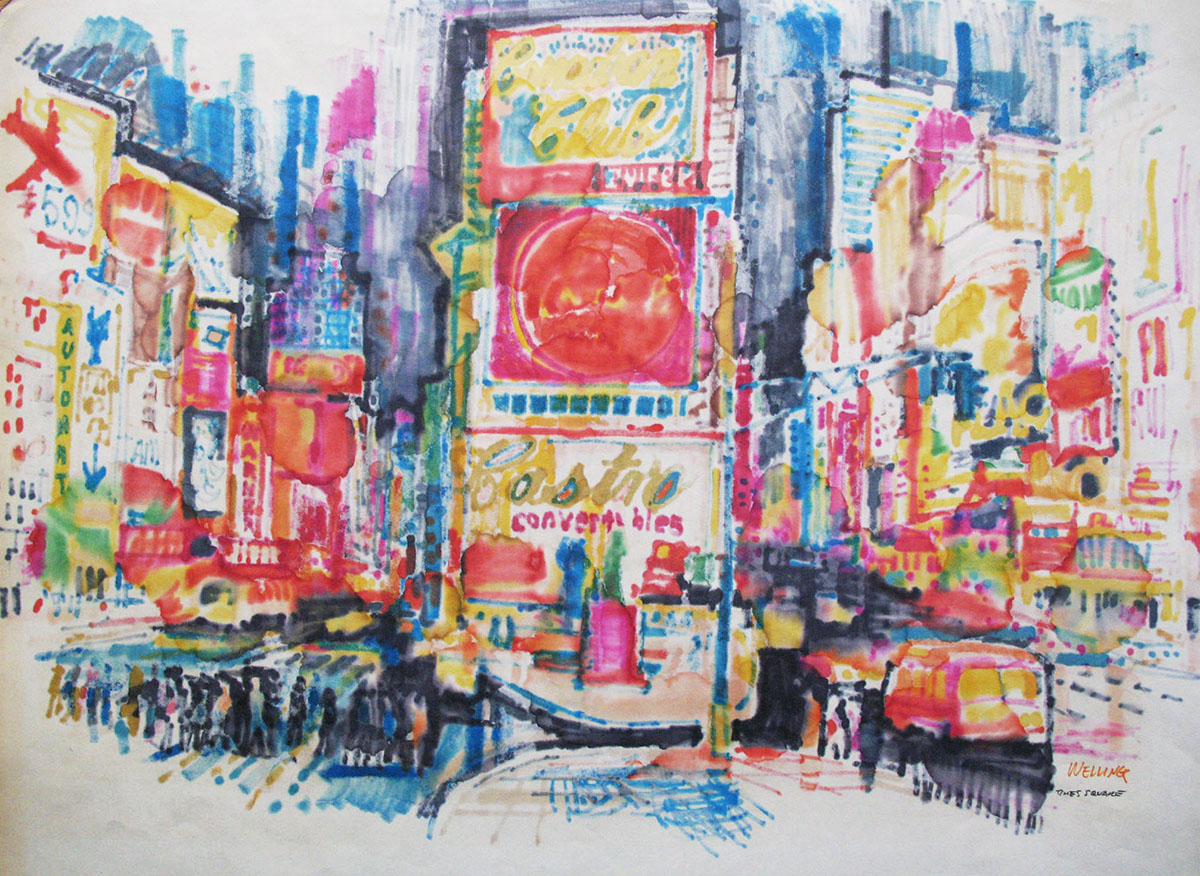 There are several people in my life who have given me the gift to be an artist, and one of them is my Grandfather Richard Welling. Born in 1926 and raised in the Hartford, CT area for most of his life, Richard became a well-known artist through submitting his marker drawings to various publications, associations and local businesses in Connecticut and New York City. Richard attended the Yale School of Art in 1944 and after WWII, became a student at Parsons School of Design and graduated in 1949. Richard started his career in drawing in the 1960’s and from there his signature “Reverse Marker Technique” was born.

Richard’s style of artwork is fascinating, as it is composed of bold line-drawings of historic buildings, landmarks, characters and of life from Connecticut and New York City. I can almost hear the sounds of each drawing, from the hustle and bustle of crowds and cars to the quiet and serene moments around him. Richard was fascinated by mechanical things such as clocks, vehicles and especially trains! He also appreciated construction projects and would often visit active construction sites including the World Trade Centre, and others in CT and NYC to draw on-site. Richard loved drawing straight from life, as it helped him to achieve an energetic scene bursting with sounds, shapes, colors, and instances.

Richard’s Breakthrough technique was the “Reverse Marker Technique” that achieved a quality of a watercolor painting. Richard would draw with vibrant and dense markers on absorbent paper and let the ink bleed through to the other side. The reverse side became the “right” side of the drawing!

I remember when I was a young child, around 4 years old, going to my grandfather’s apartment in downtown Hartford, CT. As soon as I walked in, each room would glow with Christmas lights, be filled with Christmas decorations and beautiful train set and car models. His apartment was filled with beautiful treasures as far as the eye can see. We all had fun together and I look forward to it again one day. My grandfather and I are always communicating through art.

If you love my art, subscribe to my e-newsletter where I will feature new artwork, upcoming events, news and more!